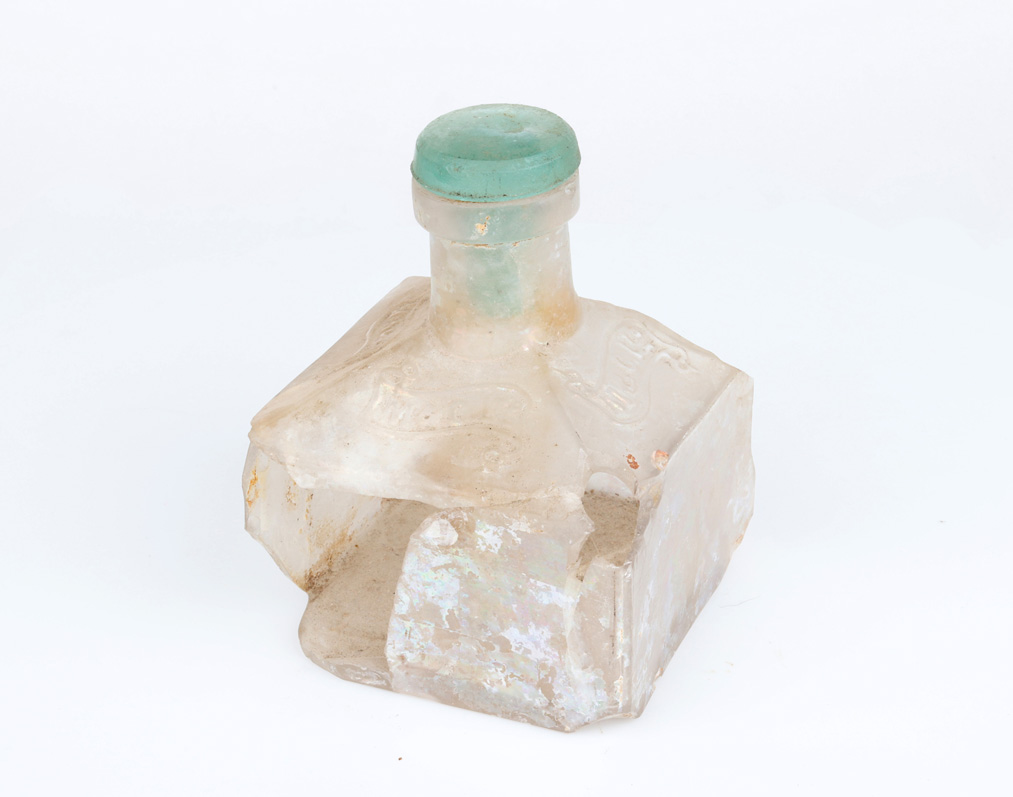 The object was made by M&C LTC drugstore manufacturers, when the company expanded its products from the coal trade, automotive industry, and cigarette manufacturing, into medicine distribution. It was most likely made through a “blown in mould” method, as there is a lack of uniform thickness, as well as bubbles in the glass. It was produced with a glass stopper to hold the medicine securely within it.

An ancient and strange antique bottle with an origin in the Caribbean finds itself in Cape Town, South Africa today, with a somewhat untraceable explanation or history. Its unusual colourful reflective glass surface and broken edges make it all the more mysterious. Is this just a discarded drugstore medicine bottle of the past, or is it something more? 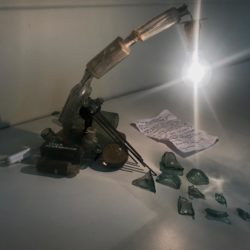 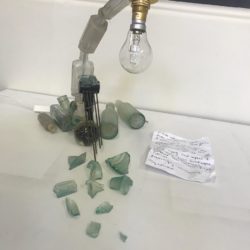 The antique glass medicine bottle was used in a curatorial art project, to form part of a functional lamp with other bottles from the collection. The lamp had an old clock inside, a glass ball and some other objects belonging to my past.

Thank you to Gus Rau and Barry Meyer who took to time to consult their memories of roughly when and where Nanette Meyer obtained the bottle collection, and of when bottles such as this one were used during both of their lifetimes. Contribute information to this page