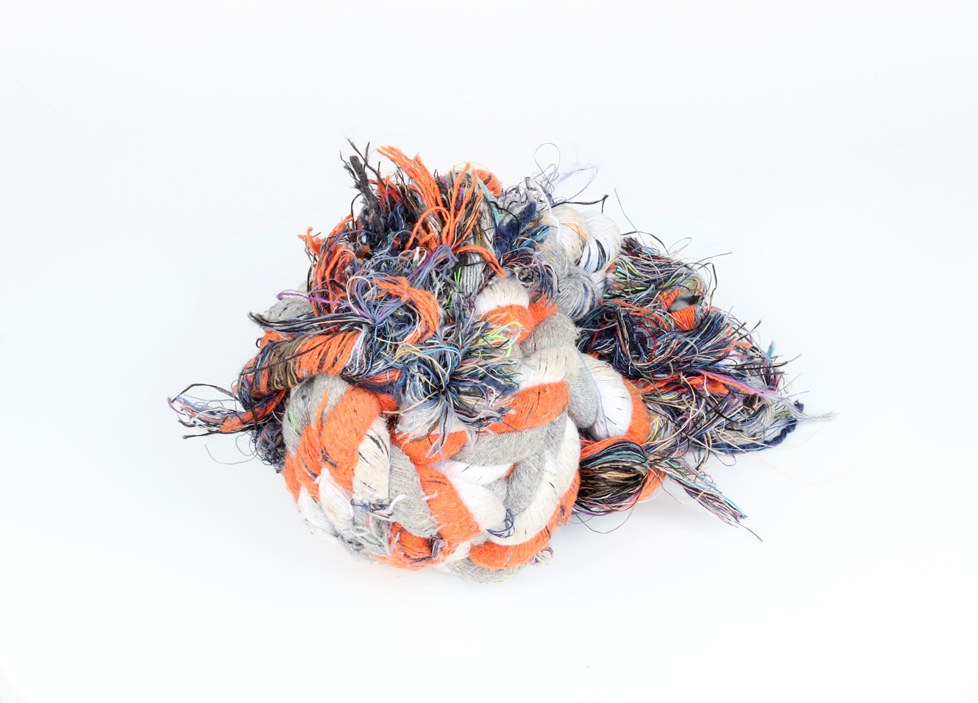 The Dog Bone Rope Shape Ball was created by the Walton Company, which came into being in 1945. This dog’s toy was made for per customers whose “requirements are met offering the Premium range within an affordable budget”. The object was manufactured in China, but I was unable to locate the exact area of the factory or workshop that produced it.

An item made to be destroyed for things with growing teeth. 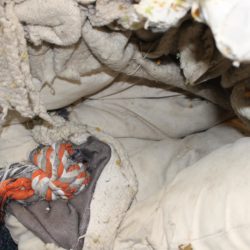 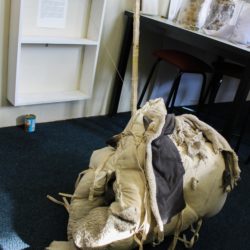 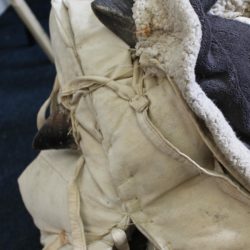 There’s a story by Franz Kafka that reminds me of my dogs. Well there are many stories by Kafka that remind me of the last few remaining years of my dogs. Their eternal boredom and my strange guilt. Hoping that because they could not comprehend the fact that they are doomed to die, I would feel less guilty whenever I left home to return to Cape Town. In the beginning I thought The Metamorphosis would be the tale that would best relate to my dogs. Gregor Samsa turns into a beetle overnight, transforming. My dogs following a similar story. The strange limbs of the once thriving hounds turned to spastic bones, overly operated legs and cancerous lumps that started appearing in-between their ribs. Overnight they change, encumbered by a history of inbreeding and incest. Pure bred animals doomed to die from tumours in the back of their bleeding throats. Slaughter house animals at least have one source of salvation, in that death is eminent and never far off.

But maybe Kafka isn’t that harsh. The stories I remember seem to be sadder than cruel. More grief-stricken than evil. Maybe the story that I find the most poignant is The window on the street, about an old man who looks at things on the road, waiting for death. His life is banal, repetitive, and so I imagine my dogs staring out from their beds, struggling to walk from the kitchen to the lounge. That mixed together with aching and genetically mutated bodies.

The idea of this project was to curate the self. I saw a part of me die in those dogs. Not only when they were euthanised but before, when I saw them physically deteriorate in their baskets, my denial manifesting into a slow, burning acceptance. Perhaps I didn’t feel it at first, but I knew I was losing something. I suppose we all do when someone dies. Maybe that’s why I chose them for this project, because of how poignant loss is. How one can so easily put one’s finger on that feeling of heartache. How raw it all was. An unconditional love that was reciprocated and then leaving as quickly as it came.

Not with a bang, but a whimper.