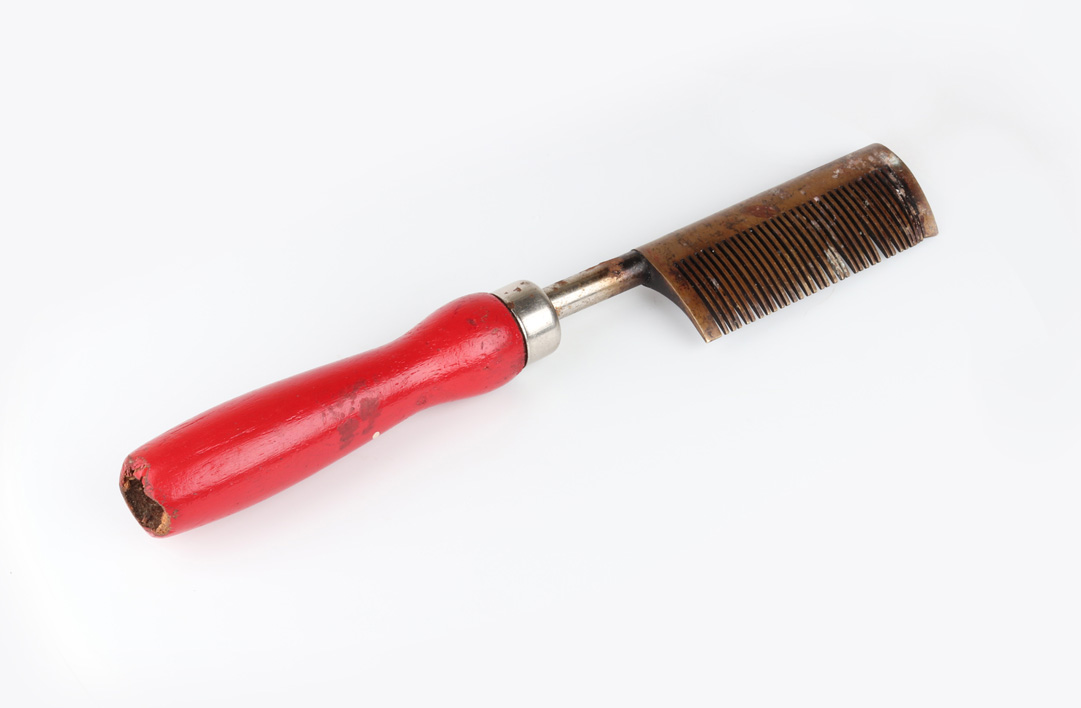 The Hot Comb is a metal comb which was invented to straighten coarse curly hair to achieve a smoother and straighter hair texture. Although Madame C.J. Walker was not the original inventor of the Hot Comb, she holds the patent for this object, as she further developed it by, amongst other things, widening the teeth. The Hot Comb was especially popular among African-American women, who believed that straight hair would afforded them an increased opportunity for upward social and economic mobility. The manufacturer or manufacturing of this specific object is not known.

While the Hot Comb, and subsequent hair straightening devices, including chemical mixtures, certainly brought greater economic mobility to entrepreneurs, including black women such as Mrs Walker, it did not seem to have done so for the millions of ordinary female users and consumers of these products who continue to experience sexual and racial oppression the world over. Furthermore, not all of the women have welcomed the Hot Comb, denouncing it as a tool used to emulate European beauty standards. Many of these people, for whom the use of the Hot Comb on black hair has come to be represent a reactionary practice of identification with whiteness, has since opted for going natural. Others have disagreed with this viewpoint, arguing that hair straightening was simply a hair styling option and not an attempt to become white. For some women, the Hot Comb and straightening of hair has come to represent freedom, as it is but just one manner of working their hair alongside other methods, such as dyeing and shaving.

This story of the commercial success of hair and styling devices, such as the Hot comb, and the subsequent negative and positive reactions to them fuel interesting debates around black hair in modern society, but remain dislodged from the spiritual symbolism, personal history and class status that hair conveyed in African society prior to colonial enslavement. 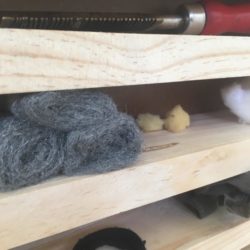 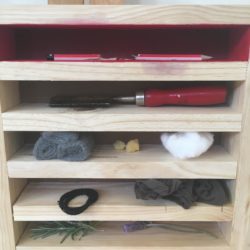 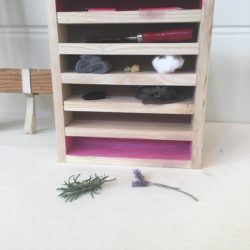 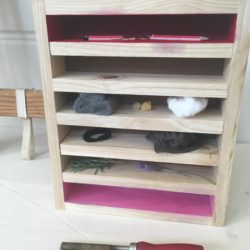 Despite my vast experience in the world of hair straightener potions and mixtures – finding myself at a local hair salon on a monthly basis for straightening and “relaxing” sessions – I did not know about the Hot Comb. Its existence was brought to my attention during one of these session, where I overheard an elderly woman reflecting on the olden days, and how her mother would use the ‘warm kam’ on her hair. This interested me, and when I later related the story to my mother, she shared her detailed knowledge about the use of the Hot Comb on ‘kroeskop’ people.

My mother has never experienced the Hot Comb herself, since she had a “better” ‘draad’ (texture) of hair, but she too, from time to time, had her hair “relaxed” and straightened to keep her ‘draad’ from degrading. For her, it was quite an experience to witness the ordeal that many of her ‘kroeskop’ friends endured on Sunday afternoons; getting their hair straightened and then neatly plaited in order to be ready and presentable for the rest of the school week.

What she did not tell me was a story that I heard from other family members, about one of her aunts, who in the early 1970s came to be classified white, after she successfully passed the pencil test. The story goes that the day before the aunt appeared before the local magistrate, where the test was to be performed, she was subjected to a rather intensive Hot Comb treatment, which smoothed her hair to the extent that the pencil slipped through her hair with ease.

At the intersection of hair, the Hot Comb and identity, important issues have and continue to be raised in our communities. It was therefore not that difficult, and in fact almost natural, to decide on the Hot Comb as the object for my curation. It is believed that the Hot Comb and black hair is socially constructed, and as such it is imbued with multiple meanings and identities. The exhibition hopes the public will engage with the object beyond its interpretation as a means to enhance social standing, to consider the myriad of issues and interpretations it speaks to.

I would like to thank Annie Miggels for readily making available her Hot Comb to me. Contribute information to this page