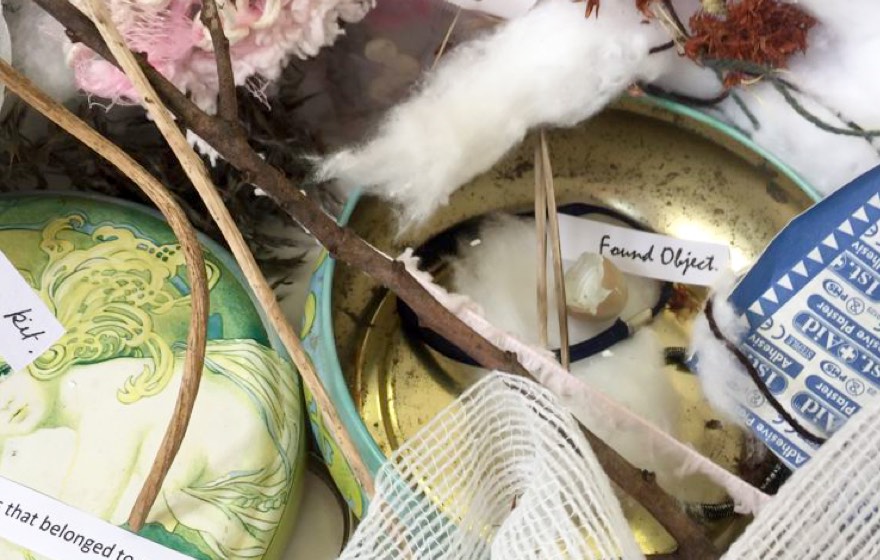 This object was probably originally made in a factory in Bedford, England, as the inscription on the side of the tin matches that of multiple identical replicas out there, which can be found on the internet. From these replicas, I deduced that the tin originally came with a powder puff and a mesh filter, and it was used as a powder container for cosmetics, or as a container for additions. This particular tin was created somewhere between 1960s and 1970s, before my mother received it in 1978, as a gift from her mother.

The tin has a very boring, repetitive life, but within that repetitiveness I discovered an emotional connection to the object.

When selecting a personal object, I was simply looking for things that had a life before they were mine, without necessarily knowing the history of them. I chose this object because it was my mother’s before it was mine, and she would be able to answer questions about the life it had. The object is a convenient place to keep my hair accessories, and what I found from my mother is that she had also used it for the same convenience.

This object had a history, and in using it the way I use it, I formed a connection and unknowingly continued the life it had lived before me. 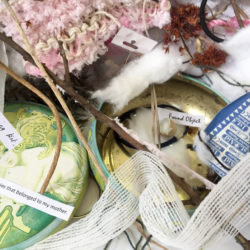 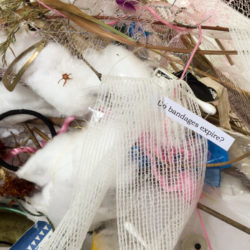 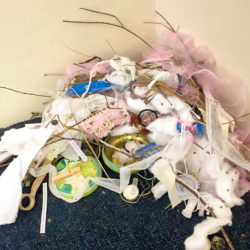 The concept started with the tin and what came up was the theme of “care”, and what it meant to me. The tin is filled with hair accessories and I, like most of my family members, have long hair. I find that looking after my hair is a large part of my life, more so than someone with lower maintenance hair.

I then started thinking about what the word “care” could be perceived in, and brought in more objects that pertained to the word “care”. It can be a good thing, but then again, there is a thing as too much care or too little care or the wrong kind of care. In my immediate family of six the care fluctuates, and from an outsider’s point of view decisions made around taking care of each other or ourselves might be questionable, but possibly justifiable.

With the objects I collected, I then decided to represent my family home; a representation of what I’d like to call “benign care”, which was amalgamated into one object – a deformed, half-functioning, falling apart, barely working type of nest-like object, using objects of “care” such as: cotton wool, a loofah, pins, sewing kit, sticks, string, wool, tape measure, wire, eat buds, tin foil and much more.

I then added labels to select items that I associate to memories or functions, to highlight another aspect to the items and the ‘nest’, and to give the objects a personal life and more depth.

I’d like to thank Pippa and Martin for facilitating the project, for their feedback and input. I’d also like to thank those who assisted me with finding out the history of the object and creating my curation. Contribute information to this page