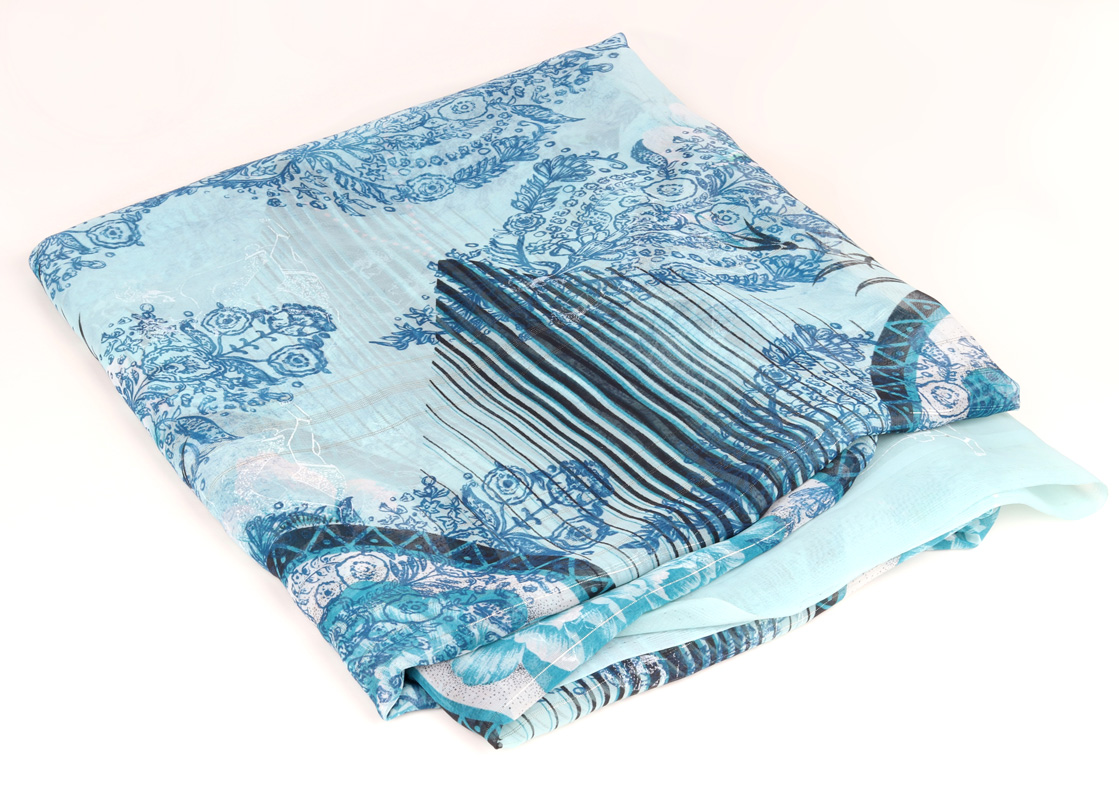 120cm x 400 cm
As an Indian man, I feel the importance of the object being curated by someone who is either of Indian cultural background, or has a strong knowledge of the culture, in order to avoid misconceptions being raised or mislabelling any aspects of the work.

Navsari, Gujarat
Circa early 1980’s Personal adjustments made throughout June 2018

The sari is made of chiffon; a popular material for this object because of its softness, unique quality, and aeration during hot summers. It is often worn by women in India or of Indian descent for casual occasions. As part of a collection of work for a screen-printing project, I attempted to work with objects and visual vernacular from my Indian culture, one of which is a sari. This sari was melded with my own personal narratives, and after screen printing it, I used it as a tangible part of my exhibition, as well as source material for a series of self-portraitures.

The sari’s white pattern of homoerotic kings vanishes if the fabric is lifted in the air! This cheeky little bit of detail only becomes visible against a darker colour, or more fabric behind it. Keep eyes peeled for the happy couple. 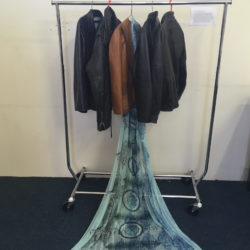 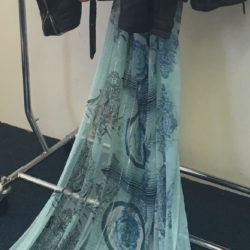 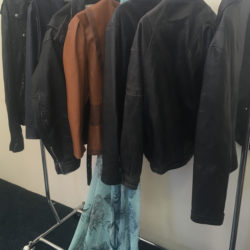 This curation centres around the conjunction of a rather dramatic leather jacket of mine and the sari which has been described above. These two objects were paired together, and then situated within a row of black, more traditionally masculine leather jackets (some of them belonging to my father). This visual contrast should hopefully alert the viewer to the disparities between my own sexuality, and the ways in which I engage with the rest of my family, as well as people with more heteronormative backgrounds.

The Jammie trips taking me to and from the Hiddingh art campus everyday.

My grandmother and mother for giving their memories of the sari and its history. Contribute information to this page

Communal sari-weavers from a gham (village) in India. Further patterns screen-printed onto the sari by the object curator