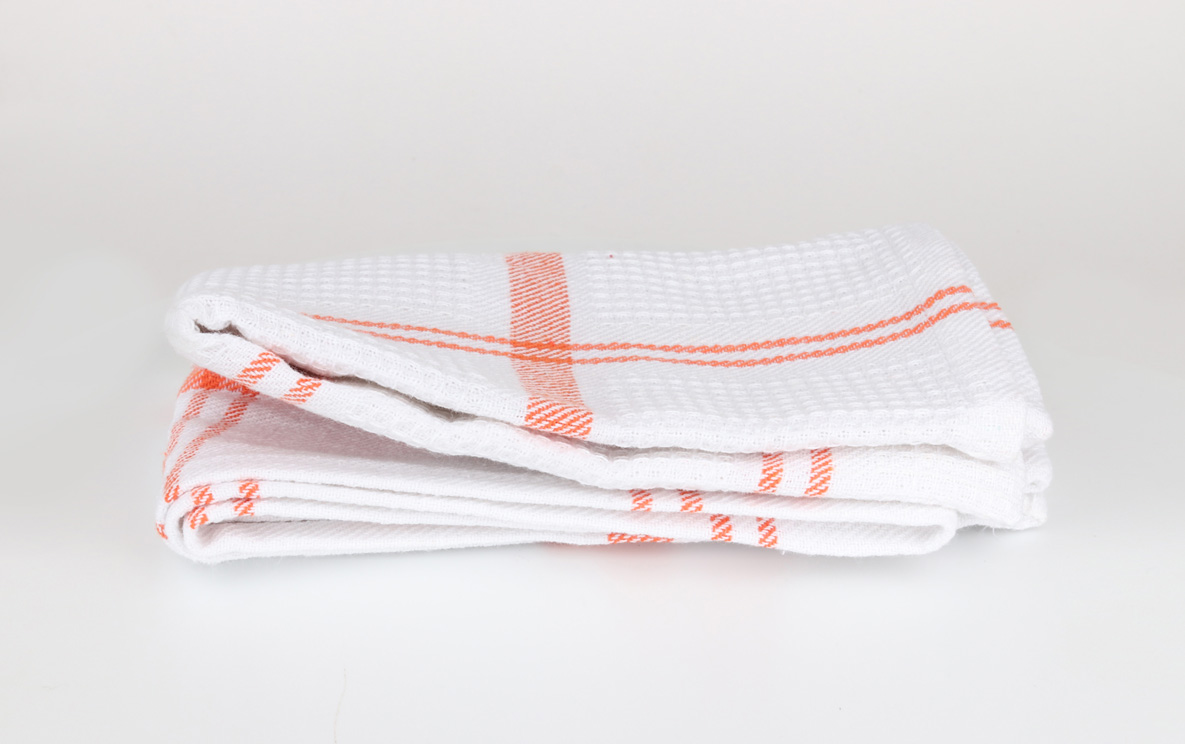 25 September 2018 – Present:
15 Gilwood Gardens, 16 Gilmour Hill Road, Tamboerskloof, Cape Town
This object lives in my kitchen. It has, since coming into my possession, sustained a trip on a MyCiti bus.

This object was mass-produced for global markets, however, it is not made in China; a country commonly associated with mass production. It was, in fact, produced in a factory in India.

It was made to be used as a multi-purpose tool in the kitchen, to perform a variety of functions including, but not limited to, cleaning surfaces, cutlery and dishes. It is especially useful for those who do not use a dishwasher, as it is made to absorb water.

This object is made of a soft material, so one should use caution around any other sharp or piercing objects. It is also prone to getting dirty easily, so it should be carefully looked after.

NOT Made In China: This humble household item is strongest when wet. 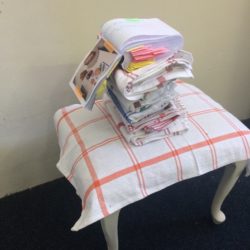 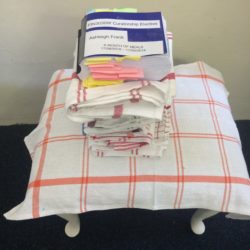 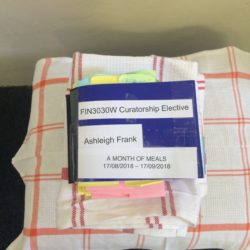 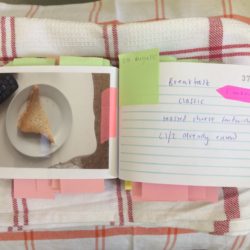 Through this curatorial project, we were tasked with investigating an area of my life, and my chosen subject matter was my relationship with food. This focus was sparked by my efforts over the last year to maintain a healthy weight, after years of being overweight.

In relation to this, I decided to chart a full month’s worth of meals in an attempt to firstly gain control over eating, and secondly to document the kinds of foods I was consuming (the majority of my meals were healthy, but at times unhealthy options were chosen). From this process I was able to produce the main object of the curatorial project; a food diary which charts every meal I consumed over a month, with accompanying data and imagery. I was also able to build up an awareness of food, which was the secondary goal of the curation.

In my curation, I also wanted to demonstrate the idea of ‘excess’, where the kitchen towels were used as the backing collection on which the book rests. This was to display an idea of contrast – despite the excess [repetitive kitchen towels], the book contains varied and disciplined meals within.

This project has a universal appeal; while it does not preach one kind of diet or habit over another, it alerts the viewer to take a look at their own diet and examine its current state.

Thank you to ORMS Photo lab for assisting with printing images. Thanks to Aimee Messinger for help with locating the object. Contribute information to this page