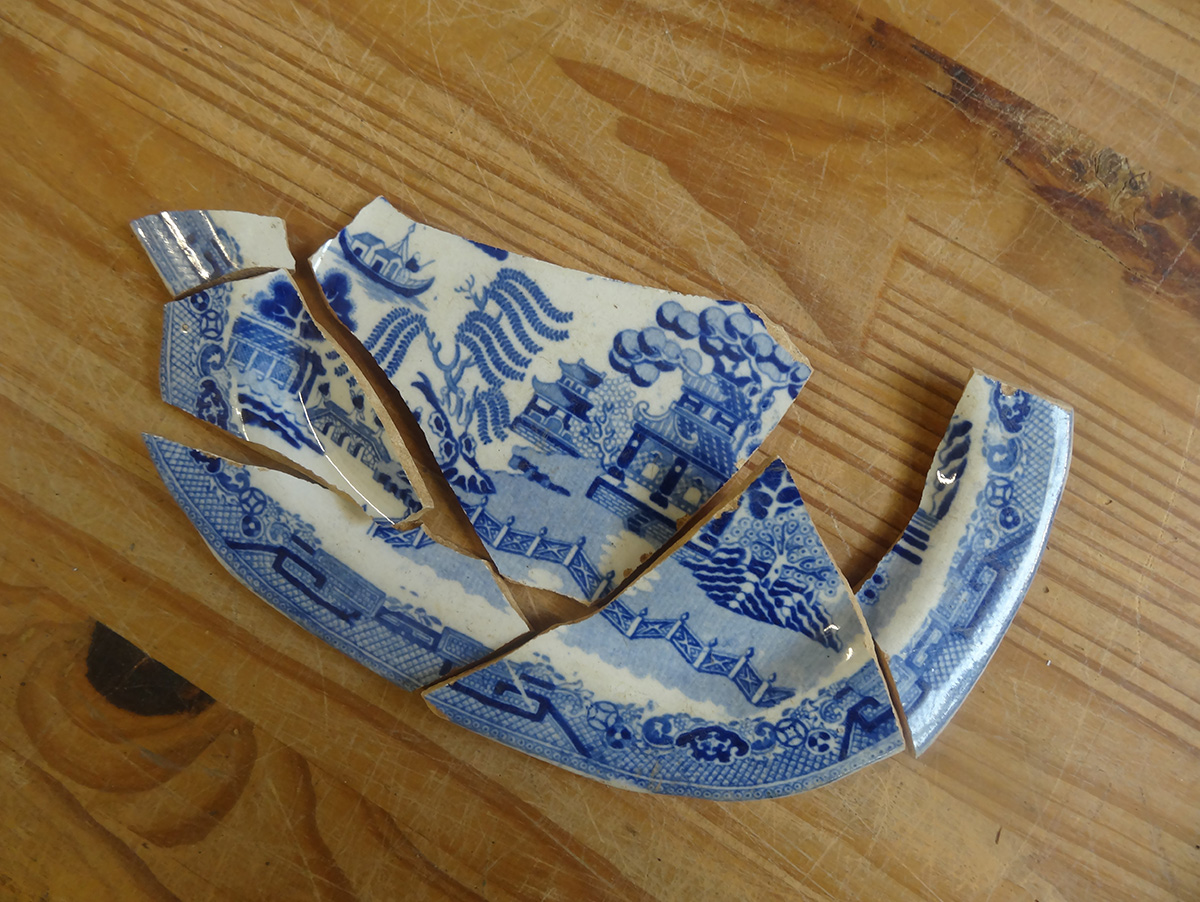 This object is the property of Iziko Museums. Should you wish to make use of it in any manner, permission must be obtained from Iziko Museums.

In the early 1800s, Thomas Goodwin began working at Staffordshire Potteries; first as a collaborator at the New Wharf and New Basin Potteries [1809 – 1834], and later as an independent potter at Canal Works [1834 – 1854], where he became famous for his depictions of American war scenes, cityscapes and monuments, on blue and white wares (Coysh, 1972). During his solo production period, Godwin was also one of 54 potters who made and marked “Willow Pattern” ceramic wares, and the distinctive print of his initials [T.G.] on the back of one of the sherds [VRP 1396] is what allows us to trace the origins of these particular ceramic sherds back to his pottery in Staffordshire; made between 1834 and 1854 (Coysh & Henrywood, 1982).

THE GREATEST MARKETING SCHEME OF ALL TIME?

Willow Pattern ceramic wares have been produced by British Potters since the late 18th Century, and persist in their local and global popularity based on their supposed depiction of a Chinese legend of two ill-fated lovers who, following a series of hardships in their human life, are blessed by the gods to live out their love eternally as immortal doves (Portanova, 2008).

This gripping tale was later found to have absolutely no basis in Chinese reality or folklore, and was in fact a fiction that flowed out of the Staffordshire Potteries (where Willow Pattern ceramics wares were originally made), to market these products, and in turn capitalise on the allure of Orient-inspired design, which were all the rage in Europe at the time (Portanova, 2008). 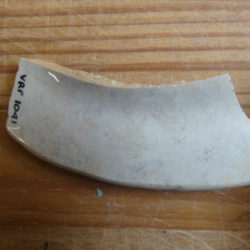 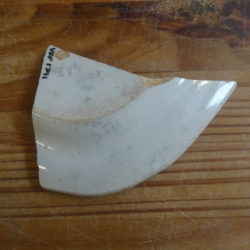 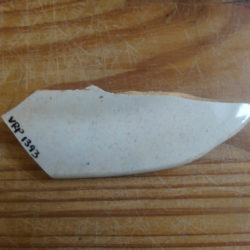 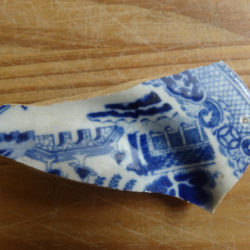 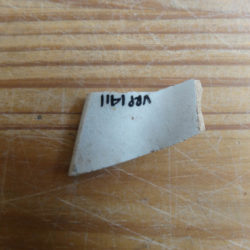 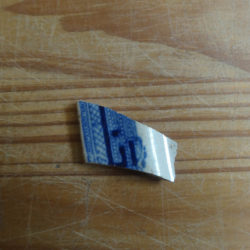 The British occupied The Cape of Good Hope in 1795 and 1806 (after battles with the Dutch, who attempted to retain control from 1803 – 1806), and vacillated between using this “spoil of war” as a trading post or a colony, and eventually settled on the latter in 1814, as it ‘provided a useful outlet for British produce, manufacturers, surplus entrepreneurs and unemployed poor’ (Malan, 1993:19). From 1820, the British actively resettled some members of their population, in order to secure ‘the Eastern Frontier of the Colony’, and to avoid the ‘prospect of domestic insurrection’, flowing from class divisions and economic decline (Lester, 1998: 517).
Advertisements in Britain reveal ‘In an Estimate of Expence of Articles required for settling 100 families at the Cape of Good Hope for the 1820s, it was suggested that Household Furniture should include: 2 Chairs, •2 Iron Pots, •6 Pewter Plates, •6 Bowls, •Knives, •Spoons…[where]…the articles marked thus [•] should be purchased in England, and would in that case be cheaper’ (Malan, 1993: 171/2). This means that with this encouragement to purchase belongings in Britain if one intended to participate in the emigration scheme, it is not unlikely that this ceramic tableware was acquired in Britain, and travelled down to The Cape with a settler/s. This further means that Object 156 could have travelled to the Port of Liverpool, [where the settlers boarded their ships] and embarked on a four month journey across the Atlantic Ocean, then arrived in The Cape where it could have taken on a number of lives in the diverse community of ‘colonial officials, herders, artisans, lodging keepers, servants, slaves, soldiers, burghers’, and others (Lester, 1993: 2).