20cm x 8cm x 13cm
The object is part of the UCT Pathology Learning Centre’s collection, and permission for access to the object must be granted by Dr Jane Yeats.

The object is available for viewing at the UCT Pathology Learning Centre by appointment only.

This object currently forms part of The Pathology Learning Centre collection, and retains its original classification as a circulatory trauma case.

A 25 year old female patient, who had undergone an aortic valve replacement three months prior, was admitted for surgical treatment for “essential hypercholesterolaemia” – her serum cholesterol levels had spiked to 600mg/dl, where the normal level is less than 200mg/dl. There was a complication during the surgery that cause an emboli, which gave way to grave haemolysis post-operatively. Dr. Christopher Barnard and his team assessed that she would need to undergo urgent corrective surgery to temporarily assist her heart in performing its circulatory functions, and for this they used the heart of a chacma baboon (Ursinia papio) as an assist pump. Although the surgery was unsuccessful due to the pervading weaknesses of the patient’s heart, this surgery remains a significant case study in the broader experiments around heterotopic cardiac transplants, and how the different xenografts performed as assistant pumps, as Dr. Barnard and his team discovered that the surgery was technically feasible.

When I first encountered this object, I was intrigued by what all the letters and numbers on the label that categorised it meant.

The labels all have a similar style, and the label for this object reads as follows: C1-t15-3188. What does this mean:

C for Case
C1: The topographical order of the pathology learning centre where the circulatory system is number one.

T for Topographical information
T15: The 15th specimen out of 29 cases of specimen which are classified under the “traumatic” section. Trauma can also include trauma that occurs during the surgery. 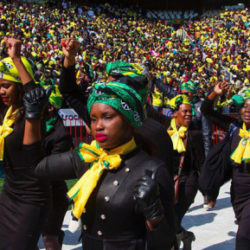 Out of the huts of history’s shame
I rise
Up from a past that’s rooted in pain
I rise
I’m a black ocean, leaping and wide
Welling and swelling I bear in the tide

Extract from Still I Rise by Maya Angelou

Organised into a perfectly clinic display, the first successful heterotopic heart transplant is neatly archived in the circulatory collection located in the Pathology Learning Centre. The object name is C1 – t15 – 3188, which provides information about the case number and specifies the topographical unit (trauma), that situates the object in the Pathology Learning Centre. Drawing inspiration from the poem Still I Rise by Maya Angelou, the poem speaks about the persistence that comes from rising up after falling down. Similarly, this object study will use the She Multiplied movement as a case study to speak about the resilience of the heterotopic heart transplant, which will speak to the strength that lives in women’s resistance.

Upon first glance, the object may look like a regular piece of heart muscle, however upon closer inspection, and the generous time offered by Dr Jane Yeats, curator of the Pathology Learning Centre, the object’s layered history begins to unravel itself. The heterotopic heart transplant is in fact two hearts attached to one another, one human and one belonging to an animal. “One of the indications for the use of the heterotopic cardiac transplant is temporarily to support a failing heart in the anticipation of its recovery when all other measures of support have been unsuccessful” (Barnard, Losman, et al, 1977).  However, even though the patient only lived for four hours before their passing, the support of the chacma baboon as part of the transplant proved to be a successful source of support.

The significance of C1 -15 – 3188 is its contribution in the series of heart experiments  that were taking place at the time in the medical field. The human heart belonged to a twenty-five-year-old woman whose heart was having trouble performing its circulatory functions. However, the owing to the patient’s medical history, she had just come out an aortic valve replacement surgery. She suffered from a chronic heart infection which led abnormally high levels of cholesterol (personal communication with Dr Jane Yeats, 2019). To Dr Barnard this fragile and recovering heart would need a supplementary source of support in the surgery. This is how the heart belonging to a chacma baboon featured into the surgery as an assistant pump, thus making it a heterotopic heart transplant.

The #SheMultiplied is a movement that was sparked by the death of Winifred Madikizela Mandela. Mama Winnie as she is commonly referred to, was an activist beyond her political affiliation in the African National Congress. “The argument that black women in South Africa are uniquely oppressed because theirs is a three-fold oppression as blacks, as workers and as women” (Hassim, 1991: 68) is one that holds true still today, twenty-five years into our democracy.  Hence, the death of Mama Winnie was a unifying and important reminder of how far we have come as a nation in recognizing the importance of black womxn’s role in South Africa’s liberation struggle. The #SheMultiplied movement was a mobilizing moment for South African black womxn to draw strength from Mama Winnie’s life as a political activist in order to reclaim the dignity of all women.

It is true that this three-fold oppression exist in contexts that extend far beyond South Africa. However, between the high levels of gender-based violence and continued systematic oppression that is perpetuated by patriarchal governance in South Africa, new forms of representation are needed to challenge these injustices.  Feminism as a theoretical concept named in the West, continues to be a contentious issue in the African continent, so I will refer to the She Multiplied movement as a political tool towards representing the role of black womxn’s drive towards South Africa’s liberation.

Understanding that the personal is always political, the unspoken decision of many South African black womxn to don a doek as a sign of respect to mourn the mother of our nation can be read as a renewed commitment to the existing liberation struggle. As a young South African black womxn born just after democracy, I am invited to reflect on what it means to don a doek as part of a bigger collective of South African black womxn who strive towards a more just and safer society for all. The movement is a continued conversation about South Africa’s history and Mama Winnie’s story is just a portal to opening up the history that continues to confront us in the present. To quote the author of Winnie Mandela’s new biography The Resurrection, Mama Winnie “acts as a thread for us to think about our history. In part, she is a mechanism to open up debate on accountability, nation building and reconciliation” (Msimang, 2019).

In the same vein, if we think about the support offered by the chacma baboon it goes without saying the same mechanism of support exist trying to keep the patient alive. Although the patient was already ill at the time of surgery, the overall success of the surgery went on to make Dr Barnard the first doctor in the world to complete a successful human to human heart transplant. This success was able to save millions of lives and contribute positively to the medical field advancements in South Africa and the world. Similarly, making the explicit connection to the #SheMultiplied Ahikare (2006) writes “we politicise the struggle for women’s rights, we question the legitimacy of the structures that keep women subjugated, and we develop tools for transformatory analysis and action”. In doing so, mechanisms of support offered by movements such as the #SheMultiplied movement encourage an interest in womxn’s resistance where women position themselves as everyday activists.

The significance of everyday activism was also captured by Mmabatho Monthso’s exhibition titled Manyano that took place at the Constitutional Hill in Johannesburg. uManyano which is a Xhosa word meaning unity is a collective of the Methodist Church, of which Mama Winnie was a member. For many Methodist households, the spirit of Manyano far extended the one day of the week dedicated to going to church. As was accurately portrayed in the exhibition, their dedication to women’s liberation was and continues to be an everyday pursuit. “The black women of the Methodist Church of Southern Africa initiated the Manyano movement in 1907. The women wanted an organisation for themselves as women were not allowed any leadership positions in the church” (Mkhabela, 2018).  It was a self-determining project that was a vehicle for change in and outside the church.

However, in looking at the history of women’s resistance as tool of analysis, it is also necessary to acknowledge the systems of oppression that place all women in a vulnerable position. Hegemonic masculinity is a concept that continues to influence the progression of women in society as a system embedded with negative patriarchal values. This specific articulation of masculinity is one that chooses to emphasise that patriarchy is a system that functions against all genders, including men. “Hegemonic masculinity was understood as the pattern of practice that allowed men’s dominance over women to continue” (Connell,2005: 832) making power which is the ability to control and ultimately subjugate in various social, cultural and institutional settings. From this we can assert that the everyday entrenched oppression that occurs in these personal and public settings which perpetuate hegemonic masculinity require the everyday resilience of movements such as #SheMultiplied.

In the digital age of Twitter and Instagram, where hashtags have the power to reach millions of people, the power of women’s resistance lies in everyday activism that is visible and relatable. For black womxn who continue to experience three-fold oppression, the power of representation lies in sourcing support from movements like #SheMultiplied. The movement, like the Manyano Women’s Guild is a source of unity and coming together for all and always has the interest of the broader collective. Similarly, the short-lived success of the heterotopic heart transplant made extraordinary advancements to the lives of those who came after the twenty-five year old patient.

This object study has tried to use the She Multiplied movement as a case study to speak about the resilience of the heterotopic heart transplant in the medical field. This essay attempted to strive towards a comparative analysis of the heterotopic heart transplant that speaks to the strength that lives in women’s resistance. Drawing from my own lived experience as a black womxn in South Africa, I am inspired by the resistance and resilience that lives in the collective communities of women’s liberation. The # SheMultiplied movement is as much about a black womxn as it is about the country she left behind. A womxn who fought the men that were oppressing her physically through the torture she endured and the psychological consequences thereafter which shaped the womxn she became as one of South Africa’s most controversial political activists. A victor in every sense of the word, she overcame and was resurrected in every black womxn who donned a doek in memory of her life.

Finally, understanding how fragile the human heart in heterotopic heart transplant was, it becomes even more necessary for curators to continue telling the stories in the archives. To unearth the presence of women’s histories in ways that are transformative and accountable to the lives of those involved. The heterotopic heart transplant is a revealing narrative of how support can be interpreted. When done in community and mutual respect, more can be achieved for all.